RSMU has moved up 223 positions in the subject ranking of Round University Ranking (RUR) and joined the Silver League. Experts rated the teaching quality at RSMU especially highly: according to this indicator RSMU is listed among the world top 300 universities in the “Teaching” ranking. At present, it is ranked 23rd among Russian universities.

This year 869 universities from 74 countries of the world took part in the RUR-2021 ranking.

It should be mentioned that the University’s entering the list of the world’s top 300 universities in leading global rankings and continuous improvement of indicators is recognized by experts as a prominent achievement, evidencing high quality of education and science, as well as a high status of its diploma. 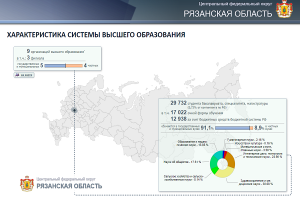